The story of Melliodora Wholesale

Since the release of Permaculture One in 1978, David Holmgren continued to write and develop the permaculture concept. He self-published titles with his partner Su Dennett, who co-ordinated distribution from their inspirational property, Melliodora.

To support the gathering momentum, Richard Telford and their son Oliver Holmgren, enhanced Permaculture Principles (incorporated in 2017) to handle distribution and retail sales. The Australian branch of Melliodora Wholesale operates from a small warehouse based in Richard’s home town of Seymour, Victoria. 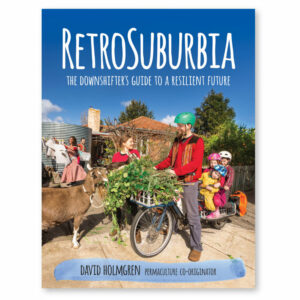 With resources freed up, David and Su were able to further develop Melliodora Publishing working with authors Annie Raser-Rowland & Adam Grubb to publish The Art of Frugal Hedonism, a precursor to David’s next major work. Retrosuburbia: The Downshifter’s Guide to a Resilient Future was released in February 2018 and has seen the wholesale operations grow substantially. Our warehouse co-ordinator and book lover, Christine Cahusac, joined the team along with a number of independent publishers to support our distribution services.

Melliodora Wholesale offers a range of permaculture related titles, most of which are not available through ‘online supermarkets’, allowing retailers a fully realizable margin.

The book trade faces huge challenges posed by a handful online retailers that dominate the industry, wielding massive power and economies of scale. Currently book distributors are forced to give heavily preferential prices to these ‘information supermarkets’ who sell high volumes because of their low margin.

With consumers becoming more and more electronically oriented, these online superstores are destroying the traditional book trade by aggressively competing on price and, at the same time, squeezing publishers and authors. Books have never been so available and cheap to consumers, but at a cost to the creators.

It’s not unusual for customers to buy books from multi-national companies (delivered to their door) cheaper than the bookstore can get them from the local distributor. The biggest players dictate the terms and the little players have to deal with it. Despite the bookstore receiving 45-55% off the MSRP from the distributors, the realizable margin is, at best, very low.

David and Su have first hand knowledge of the dysfunctional structures that give next to nothing back to the creators. This has been the catalyst for a new collaborative approach, developed using the design principles of permaculture. They have worked with Richard and Oliver to develop an alternative system that provides an outlet for their own titles and those of other independent publishers. 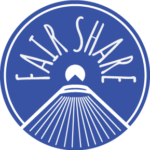 When buying from Melliodora Wholesale, you are much more likely to get a fully realizable margin because most of our titles are not sold through the information supermarkets.

Small publishers and authors of Permaculture related titles are coming onboard with our specialty permaculture wholesale catalog that offers them better returns and an ethically backed business model. To ensure a fair deal, we ask the question, “would I be happy to take the other side of this?” in all of the agreements we develop. Everyone in the chain gets a fair go.

Each step along this journey has brought us to a new level, asked more of us and connected us with many more great people and businesses getting these fantastic books out to the ever growing number of people eager to learn and live permaculture. We would like to thank everyone for your ongoing support of Melliodora Wholesale and this vision of rebuilding a fair book trade. Thanks to all the businesses that have partnered with us, helping create a better future.

Access to wholesale pricing is available to anyone, with a minimum spend of US$100, and free US shipping for orders over US$200.